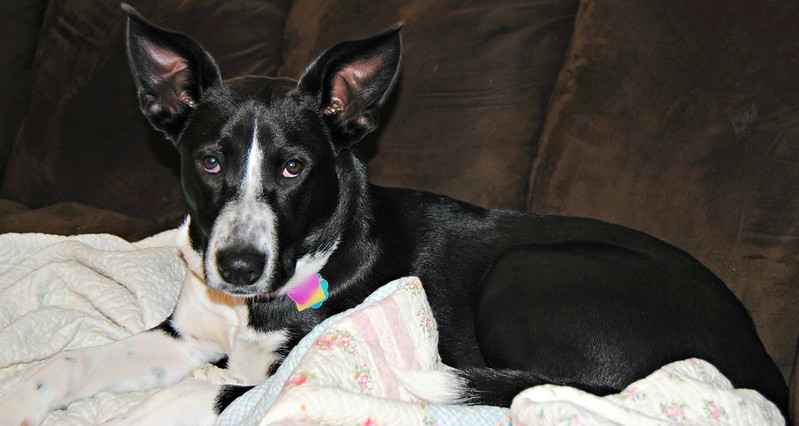 So as I stated we lost our Queen B, FootFoot. And I didn’t handle not having a furry friend very well. Literally THREE days later I was at the shelter (thats right I adopted didn’t shop). There were some awesome dogs, there was one I really connected with named Shirley but she was part bulldog and our land lord won’t let us have that breed. So now the story of how Charity became River and found her furever home. I walked down the depression line of cages and saw this 8 month old puppy laying there sleeping, I will admit she wasn’t my first choice but now that she is here I couldn’t imagine another dog. She has her quirks, but would she be part of the family if she didn’t? It took her about 2 weeks to really grasp house training, she has occasional accidents now but mostly she alerts to go outside. If we can only get her to stop peeing when she meets new people. She is part Border Collie and part Lab, and none of the lab’s people pleasing attitude. She loves water, is super smart, she is still learning to be loved on and accept love. She loves bed time I think it is her favorite part of the day, she willing goes in her box and snuggles in. If C and I take too long downstairs after she is in the she will let us know we need to go. We had friends over Saturday night and around 11:30 she made clear to everyone she was ready for bed and we were keeping her from sleeping. While she is no FootFoot and I have to stop comparing her. She is sweet and energetic, the boys are finally learning how to play with her. There was a learning curve, she plays a little more rough and wild. I think she is a Good Doggo. 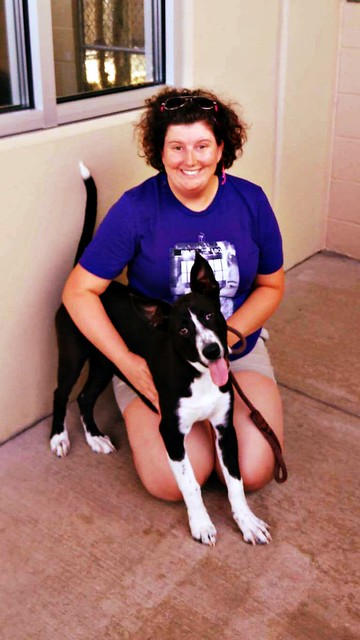