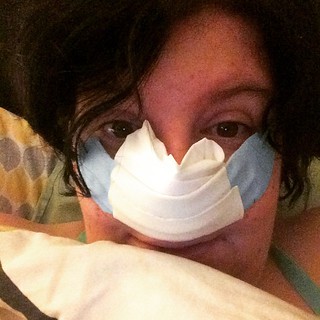 Just the inside, but lets hope it makes breathing easier. Since my wreck in Aug of 2002, I have had trouble breathing. I finally got brave enough to fix it. Well let me say I wouldn’t wish the week post op on my worst enemy. Removing the stints wasn’t bad but the vacuuming of my nose was panic attack inducing, we had to stop after 30 minutes. That was worse then having babies.

At Three weeks post op, I can already breath better when I don’t have a cold. I do notice my glasses slip down my nose more then they did in the past, I don’t like this. I am still super sore. Lets see what the next three weeks hold. 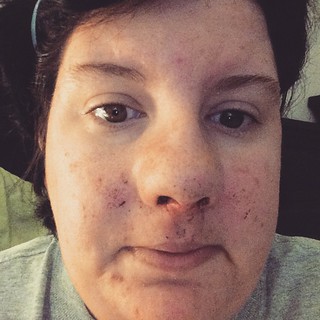 While the stints were still in.