Otherwise known as the completed second year of parenting. I really can’t complain about being sleep deprived with Ian, he is a good boy and mostly is a good sleeper. I am still amazed that this tiny baby boy. 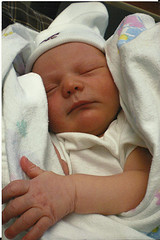 Has turned into this full of life, attitude, and love little boy. Who I swear every time I blink has grown a little closer into being a man.

On the morning of his Second birthday, we woke knowing it was going to be a jam pack day followed closely by a jam packed weekend, full of Birthday Shenanigans. It all started with a sushi lunch with his Aunt Kari and Uncle Ryan. Followed by his Two Year well child check up. Where he is 26.5 lbs, 36 inches tall, and if don’t watch out his head is going to fall off the charts. Poor guy has a small head. Lucky for him he is all done with shots until he is four, we did the standard vac. schedule. From there he had his first hair cut, poor guy he just doesn’t have much hair.

After all was said and done on his actual birthday it was time to prep for the party. Were Ian was so happy to have all the people he cares about most in the same room, this year he didn’t get overwhelmed by the people. Instead he was a ball of energy loving everyone all the time. 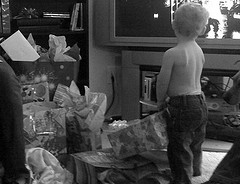 When it was all said and done, it was a great few days. I can’t believe he is two.

Be sure to check out my intro post as a contributor on The Wifey Blogs.

Don’t miss any of my adventures of being a Grown up If you want more Bobbi, check out my babbles